In pursuance to the Judgment of the Hon’ble Supreme Court of India dated 08.05.2009 in Civil Appeal No. 887/2009, the University Grants Commission has framed “UGC Regulations on curbing the menace of ragging in higher educational institutions, 2009” which have been notified on 4th July, 2009 in the Gazette of India. (https://www.ugc.ac.in/page/ragging-related-circulars.aspx)

Anti-Ragging Committee of MGM School of Physiotherapy, Navi Mumbai strictly adheres to rules and regulations of UGC regarding ragging.
The new batch after admission is oriented about the term “ragging” existence of anti ragging committee; squad within the Institute so that they can report any such kind of such activities immediately. Student representative is elected from each batch. Parent representative is also elected.
Our student parent have to fill the anti-ragging affidavit online in www.antiragging.in and has to submit it in office with their due signatures.

The Institution prominently displays notices and circulars defining ragging, highlighting the prohibition of ragging, its designation by the state as an offence, and the penalties incurred if convicted of ragging, giving due reference to various sections of the law and university directives in accordance with the University Grants commission act ,1956. Ragging in all its forms is totally banned in the entire institution, including its departments, constituent units, all its premises (academic, residential, sports, canteen, etc) .“Ragging” means the following :

Any conduct whether by words spoken or written or by an act which has the effect of teasing, treating or handling with rudeness any other student, indulging in rowdy or undisciplined activities which causes or is likely to cause annoyance, hardship or psychological harm or to raise fear or apprehension thereof in a fresher or a junior student or asking the students to do any act or perform something which such student will not in the ordinary course and which has the effect of causing or generating a sense of shame or embarrassment so as to adversely affect the physique or psyche of a fresher or a junior student.

The Anti Ragging Committee for academic year 2020-21 for our constituent unit is as under: 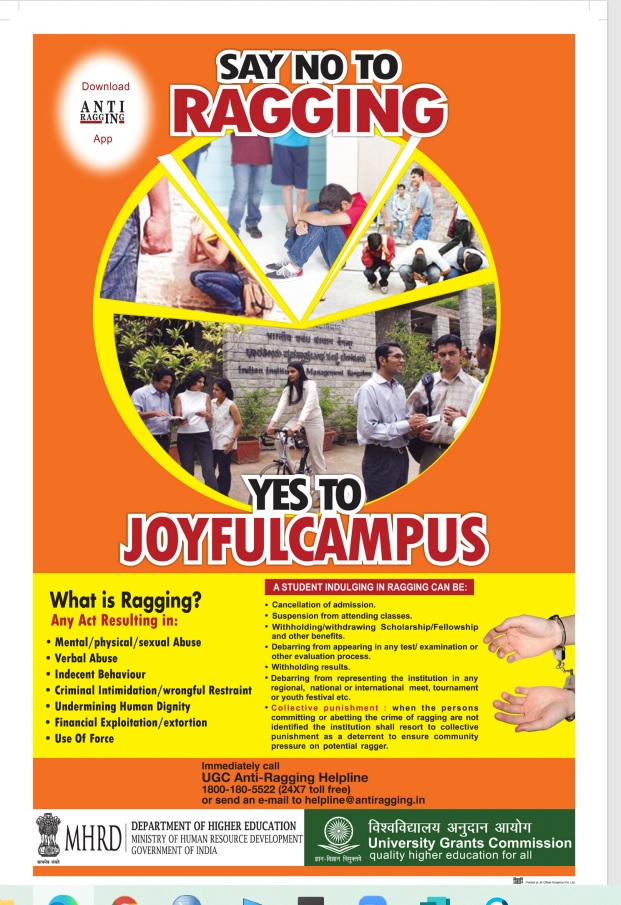 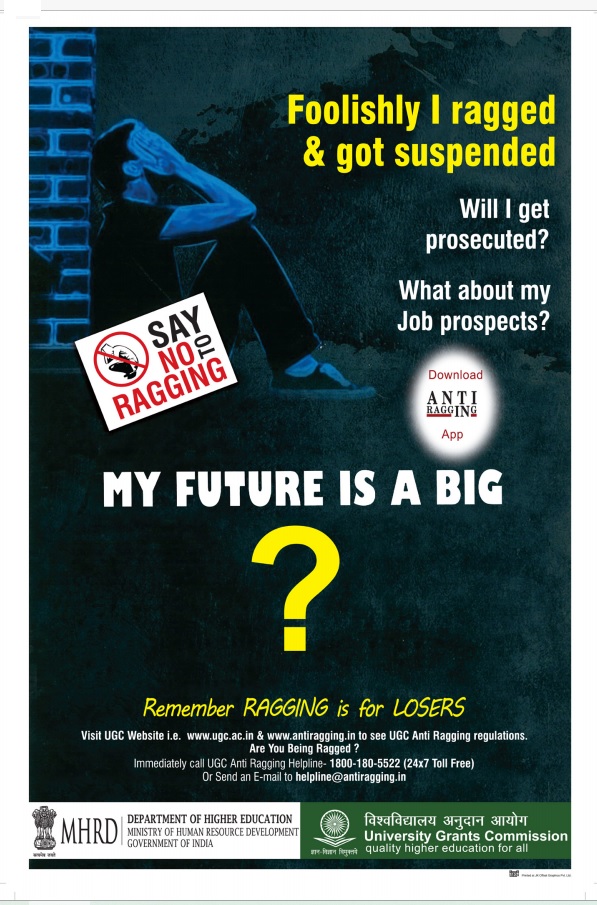 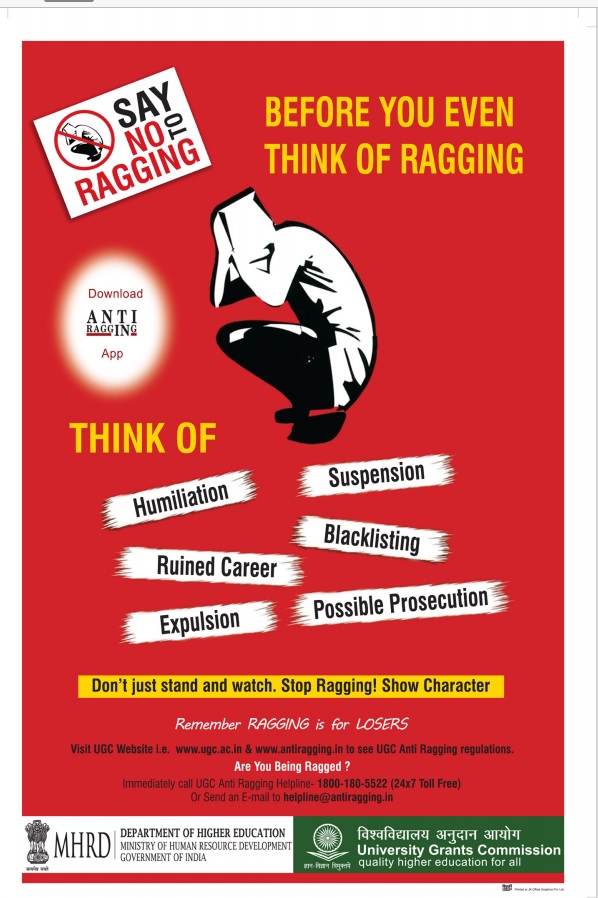 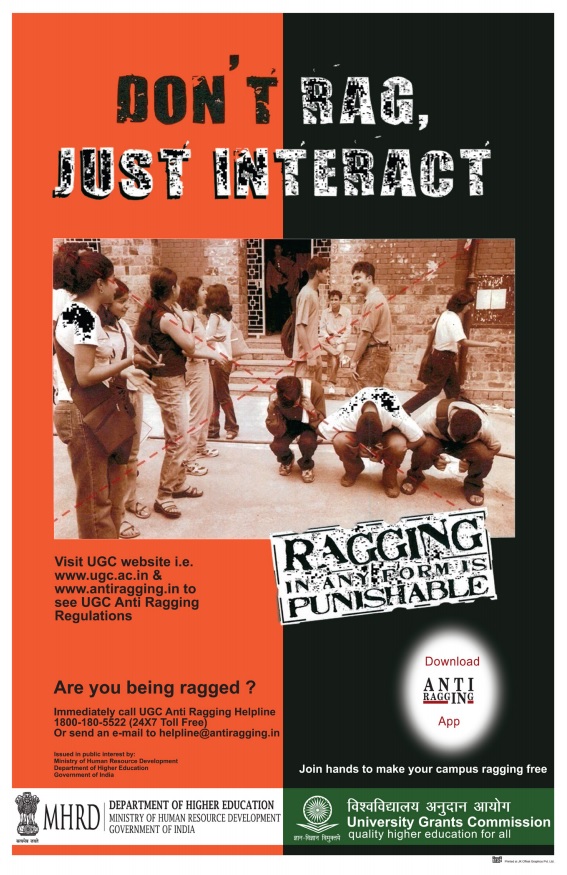